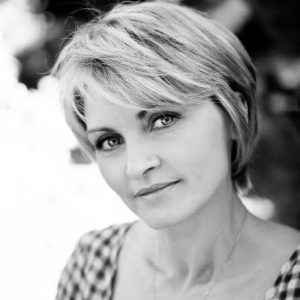 In 2015 she published her book “Manuale della ghiaccia reale” by Chiriotti.
From 2012 to 2015 she owned the “Claudia Prati Academy” Carate Brianza. Cake decorating school.

Judge at the “Glamour Italian Cakes” by Sigep 2015, at the Cake Design Italian Festival in 2016 and at the Expo Sweet Warsaw 2018.

In 2017 Claudia developed a cake decorating method that involves the use of painting, palette knife and royal icing that she called “Materika” This is her personal reinterpretation of the classic acrylic/stucco painting repeated in a “sweet” key using edible medium such as royal icing/butter cream and food coloring.
Nowadays Claudia travels around the world to teach her particular technique 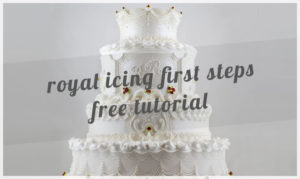 This website uses cookies to improve your experience while you navigate through the website. Out of these cookies, the cookies that are categorized as necessary are stored on your browser as they are essential for the working of basic functionalities of the website. We also use third-party cookies that help us analyze and understand how you use this website. These cookies will be stored in your browser only with your consent. You also have the option to opt-out of these cookies. But opting out of some of these cookies may have an effect on your browsing experience.
Necessary
Necessary cookies are absolutely essential for the website to function properly. This category only includes cookies that ensures basic functionalities and security features of the website. These cookies do not store any personal information.
Analytics
Analytical cookies are used to understand how visitors interact with the website. These cookies help provide information on metrics the number of visitors, bounce rate, traffic source, etc.
Advertisement
Advertisement cookies are used to provide visitors with relevant ads and marketing campaigns. These cookies track visitors across websites and collect information to provide customized ads.
Functional
Functional cookies help to perform certain functionalities like sharing the content of the website on social media platforms, collect feedbacks, our youtube video and other third-party features.
SAVE & ACCEPT
Powered by